Updates to Michael's profile since your last visit are highlighted in yellow. 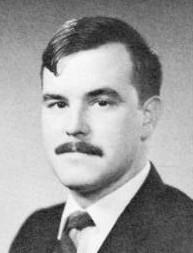 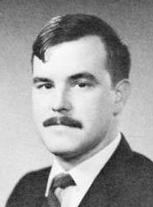 *Enrolled at Oberlin after 3 years in the Army - Vietnam-era veteran.
*Never lived in a dorm!
*"Dinner only" meal plan was for the Theolog dining hall, had to wear a sport coat and tie. Now Asia House??
*Flunked George Langler's intro Bio class and dropped out of OC for a year.
*Participated in the Last Panty Raid.
*Wrote the Review story announcing the first sale of beer on campus, at the Rathskeller.
*Played "The Sheriff" in Finian's Rainbow directed by OC student Gideon Shine.
*During my last two years as a full-time student, worked full-time as a reporter for the Lorain (OH) Journal daily newspaper,
*Reported on many anti-war demonstrations at OC, 1967-1969.
*In the 1967 yearbook I am pictured sitting with an Air Force recruiter in the (then) "Snack Bar".
*Reported on the OC Student-run "Abortion Referral Service" that, in 1969, helped students and other get to Canada for abortions which were not then legal in the U.S..
*My son, Benjamin, was born in Oberlin's Allen Memorial Hospital on the day of my very last OC Final Exam in December, 1968. In the bluebook, I took a few seconds to write only that "It's a Boy!" and handed it in to Bob Pierce. He didn't flunk me.
*1969 was the last year for "Latin" degrees. So I and my classmates received an "AB", degree, not a "BA".
*I am very proud to say that my education here allowed me to follow other OC Grads to the Columbia University Graduate School of Journalism, and to contribute to OC's predominance in Ph.D.'s (Case Western Reserve University, Weatherhead School of Management).
*Big [for some] Reveal: I am also a Gibson - My great-grandfather, Orsemus Cass Gibson, started Gibson's Bakery in 1885; my grandfather, Cass Leland Gibson, was the baker there for 70 years and his brother Bert ran the retail sales out front. My mother, Iola Mae Gibson, waited tables there during the late 1930's and '40's when it was still a restaurant and soda fountain. For 60 years my grandmother, Estella May [Bishop] Gibson hand-dipped every piece of chocolate they sold (that is, whatever might have been left after I visited her on the Bakery's third floor).
*For nearly 100 years ALL Gibsons lived at 159 W. Lorain Street, split down the middle between Cass's and Bert's families, That same house, where I lived as a student instead of in a dorm, is now the office of Oberlin College Security Services.
*Is Gibson's Bakery "racist" as recently alleged? Not a concept. At least not during the last 75 years that I personally know of.
*I am not the only "Gibson" to attend OC. Seven other Gibson descendants of Orsemus Cass have shared the privilege. Among them, Cass and Bert (both of the bakery) were musicians who went to the Conservatory! My uncle, Don Gibson, received his BA and MA from the Conservatory. He was largely responsible for bringing the Suzuki method of teaching music to the United States.
*I have pictures. Just ask.
msabiers@hotmail.com
440-787-6706

Some of you may have known of the "abortion referral service" on campus back then. During my last two years at Oberlin I also worked full time (!) as a reporter for The Journal daily paper in Lorain. It didn't do much for my grades, but it did get me into the Journalism School at Columbia. Sad to say the abortion service may be needed again, given Ohio's current laws. Allen Memorial Hospital is now run by Catholics who won't even give students birth control, let alone an abortion, even if it were legal. If you want to see the entire newspaper front page - the lead story is the Sharon Tate murders (once upon a time in Hollywood...) You can get the full .pdf here:https://1drv.ms/b/s!AvpCq3VGGwvFmPY1tw8agzk8BtfT7g?e=NilrxG