One of the highlights of most Oberlin Reunions is the All-Class Choral Sing in Warner Concert Hall. Here’s a photo from the 2013 event, which featured “A German Requiem” by Johannes Brahms.

The Choral Sing is usually a semi-rehearsed read-through “performance” of a major work which has some abiding importance to the 50th Reunion Class. This coming May, that would be the Class of '69.

During the Class of '69's Obie tenure, Conservatory conductor and dean Robert Fountain conducted Musical Union in the Brahms Requiem, or “Ein Deutsches Requiem.” Rather than the fearful fire & fury of other such works, the Brahms Requiem is filled with both ultimate joy and exquisite comfort. 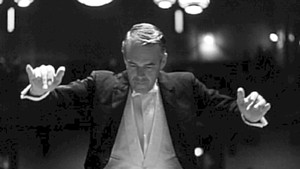 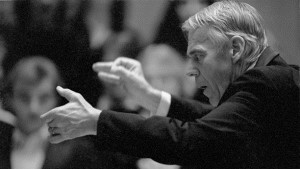 In tribute to Robert Fountain’s tremendous musical influence on generations of Oberlin students, fellow faculty, and MU townies — and the world community via annual College Choir tours and recordings — we invite all reunion attendees to join in singing the Brahms Requiem.

This read-through performance will also memorialize and pay tribute to the many losses in all of our Obie class families. 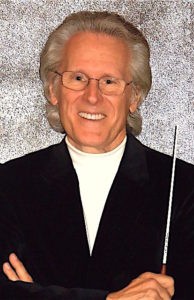 Class of ’69’s Russell Fox, the Con’s first Master’s degree in conducting, will lead us in this May’s Reunion Choral Sing.  During the reunion, we plan to rehearse at 5:00 Friday, May 24, and again at 3:15 Saturday, May 25, followed by our read-through performance at 3:30.  These specific times could shift, so stay in contact.

Let Russ know at the email address below of your interest in either singing or possibly playing in an orchestra. Be sure to tell him if you're a soprano, alto, tenor or bass.  You'll then receive info and links to self-rehearsal resources like scores and suggested YouTube links.  And even if listening is your specialty, plan to enjoy this Warner Hall event!

NOTE:  This is a new email address, established in February specifically for this event.  The capital letters aren't required.

We are sad to announce that due to family medical issues, Russ Fox will not be able to lead us in the Brahms Requiem, which has drawn 103 singers (a third of which are from our class). Greg Ristow, ’01, who conducts the College Choir and Musical Union has been working closely on this project with Russ and will conduct. Thanks much Greg, and our best to you and your family Russ. The Choral Sing will have been worth all the hard work.
–Walt Galloway