Updates to Russell's profile since your last visit are highlighted in yellow. 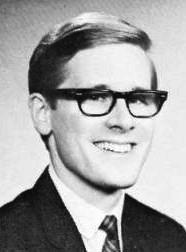 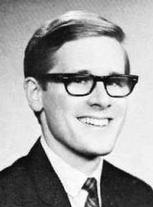 First stop after Oberlin '69 was Sedona, AZ, as director of music at college prep Verde Valley School. After two years, and vowing to return some day we moved to LA for 35 years. Worked as Performing Arts Coordinator for “Los Angeles Street Scene Festival,” Founder and Conductor of the Los Angeles Choral Artists and New Los Angeles Chorale, and Music Director of Michael York’s California Youth Theater at Paramount Studios.

Moving to Portland, OR in '05 to care for family, Ginny and I finally relocated back to Sedona, AZ in '10. Retiring isn't in the cards for most working musicians, so since returning to Sedona I've served on the Board of Trustees of Chamber Music Sedona, Board President of the Northern League of Arizona Opera, Conductor & Executive Director of Verde Valley Sinfonietta, and founder and currently board chair of the recently established Sedona Conservatory, an international cultural center for the performing and fine arts and humanities.

And here's the kicker: If you ever wondered what happened to the ('our') historic Aeolian-Skinner pipe organ that was removed from Finney Chapel in 1999 (installed in 1915}, I secured it in 2013 for Sedona Conservatory's soon-to-be-built Festival Concert Hall. Oberlin will have a permanent & massive presence in AZ's Red Rock Country. The whole story is at: https://www.sedonaconservatory.org/concert-organ/

Many fond memories of Conservatory dean & conductor Robert Fountain. It was at his suggestion I became an official Conservatory guinea pig - the first 'in-house' 5-year double-degree with B.M. & M.M. Yes, I began this madness in '64 not knowing I would be Class of '69. Wouldn't have changed anything!