FORT MYERS, Fla. – Maria Waite Nied died on Jan. 7, 2018, a week after her 71st birthday, following a long battle with Alzheimer’s.  Maria is survived by her husband and friend Dennis Nied; her son, Jared Nied and his wife Jacquline Slaughter; her daughter, Sarah Gillespie and her husband Shane Gillespie, and Sarah and Shane’s daughter, Sylvia Maria.

I first met Maria at Oberlin College, but I didn’t know her well. Several years later, in 1975, I did an internship for 12 months at The Children’s Village, a residential treatment center in New York. Maria worked there, figured out our college connection, and contacted me. She became my best friend and confidant that year -- we shared meals, and we sought each other’s advice. On New Year’s Eve, Maria invited me to visit her parents’ house in Connecticut. I abandoned plans for Times Square, and we drove through the night, stopping at the stroke of twelve by a white New England church with candle-lit windows. A blanket of snow covered the ground; a dog barked in the distance, and I was incredibly glad to be there with her instead of Times Square. My wife Jan and I visited Maria and her family in New Jersey, and I saw her at one Oberlin reunion. Other than that, I lost touch and did not realize what was happening. When our college reunion committee asked people to encourage classmates to attend, I volunteered to contact Maria, hoping to rekindle something of our past. I was stunned to find out that she had died a few months earlier. No more phone calls; no more conversations. I am sure that Maria was well loved by many -- how could she not be? My heart goes out to you, her family and friends. She was one of the best.

Maria (always Mia to me) was one of my very close friends at Oberlin, and we would probably have been even closer if I hadn’t had a girlfriend back home in Wisconsin for the first 2 and a half years or so! About the only time I called her Maria was when singing the West Side Story song of that name to her outside Dascomb Hall, under the trees in Wilder Bowl. Her warm, gentle, but always mischievous smile I remember well and cherish to this day. My guess is she was smiling down on those of us driving through torrential rain to get to her memorial service, only to have it let up for the service and reception after! I drove Mia and the other cheerleaders to away football games and was often the only Obie in the stands for whom they were leading cheers. She worked or interned for a time in Pawtucket, RI, at the community mental health center at which my first wife worked, and Mia lived in an apartment not far from ours on the East Side of Providence so we got together often. It was always a joy to see her at reunions, and I missed her at those after our 25th. I thought I might have the chance to say some of this at some point, and to read this poem I’ve often read at memorial services for close friends and family. The middle lines are my doing…

Do not stand at my grave and weep,
I am not there, I do not sleep.
I am a thousand winds that blow;
I am the diamond glint on snow.
I am the sunlight on ripened grain;
I am the gentle autumn rain.

I am leading the cheers for the Oberlin team at the new stadium,
Though there are probably no cheerleaders or kazoo marching band.

When you wake in the morning hush,
I am the swift uplifting rush
Of quiet birds in circular flight.
I am the soft starlight at night.
Do not stand at my grave and weep,
I am not there, I do not sleep.

Warmly to Dennis and the whole clan,
Walt Galloway, Oberlin Class of 1969 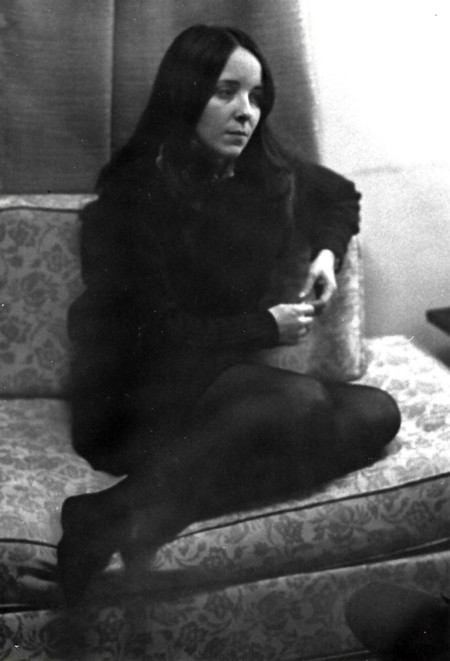 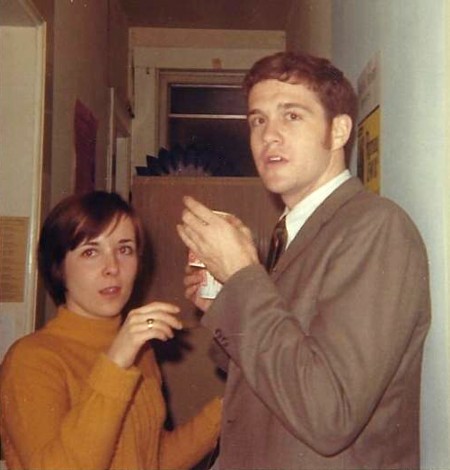